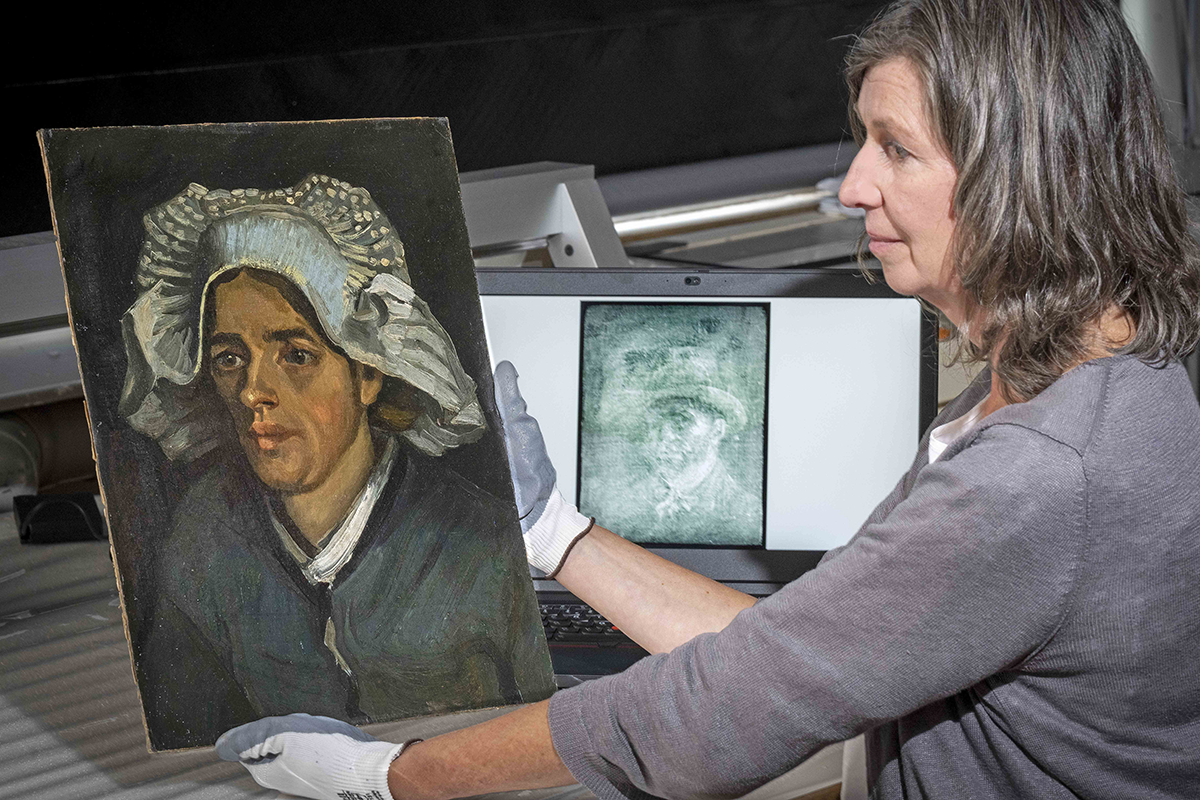 A previously unknown self-portrait of Vincent van Gogh which lay hidden for more than half a century has been discovered by experts at The National Galleries of Scotland.

The mysterious image was revealed by an x- ray taken when art conservators examined Van Gogh’s Head of a Peasant Woman of 1885 ahead of a forthcoming exhibition. 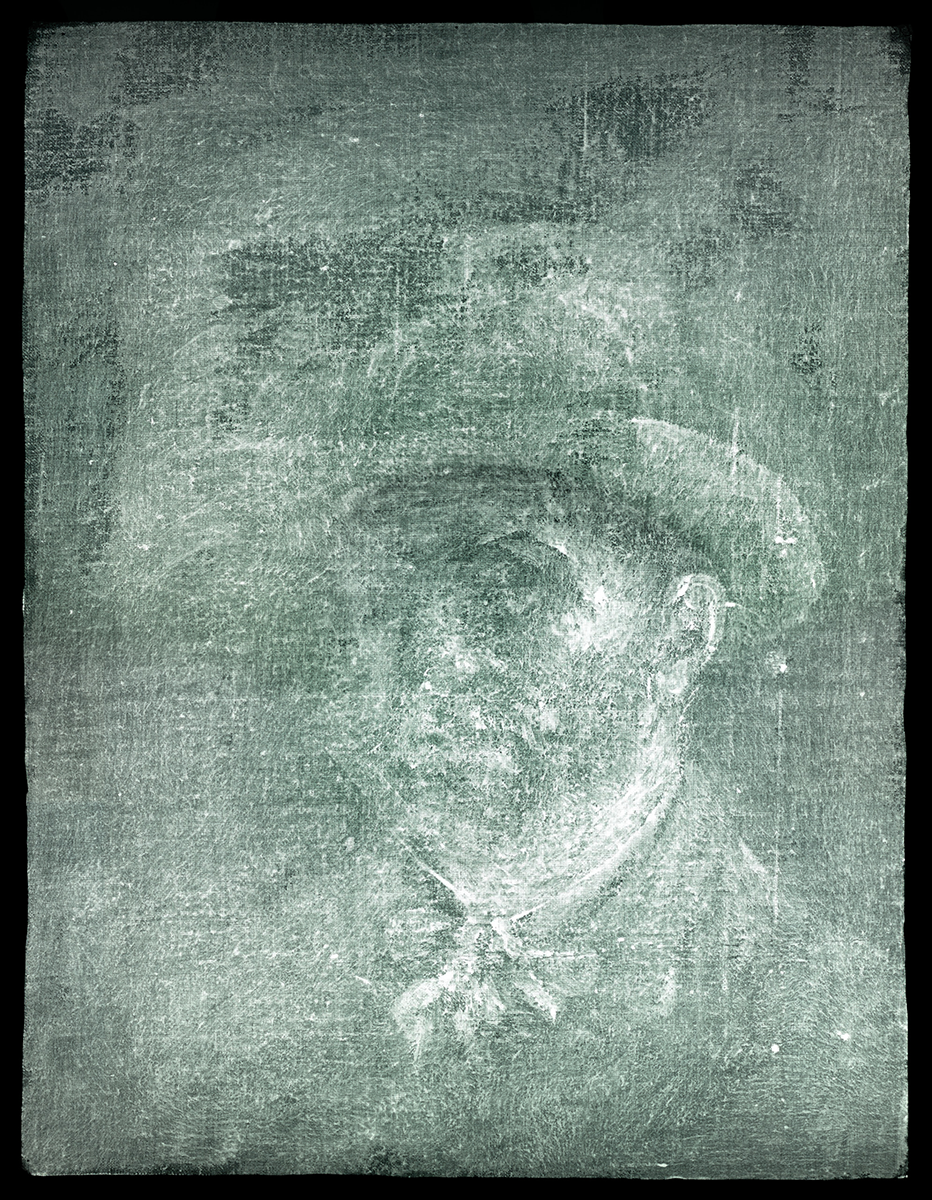 The self-portrait is on the back of the canvas with Head of a Peasant Woman and is covered by layers of glue and cardboard. Experts believe these materials were applied ahead of an exhibition in the early 20thcentury.

Van Gogh often re-used canvases to save money. However, instead of painting over earlier works, he would turn the canvas around and work on the reverse.

It may be possible to uncover the hidden self-portrait, but the process of removing the glue and cardboard will require delicate conservation work.

Research is ongoing as to how that can be done without harming Head of a Peasant Woman. Until then, the world can enjoy the tantalising discovery through a ghostly and utterly compelling x-ray image.

The newly discovered image shows a bearded sitter in a brimmed hat with a neckerchief loosely tied at the throat. He fixes the viewer with an intense stare, the right side of his face in shadow and his left ear clearly visible.

“Moments like this are incredibly rare. We have discovered an unknown work by Vincent van Gogh, one of the most important and popular artists in the world. What an incredible gift for Scotland, and one that will forever be in the care of the National Galleries,” said Professor Frances Fowle, Senior Curator of French Art at the National Galleries of Scotland. 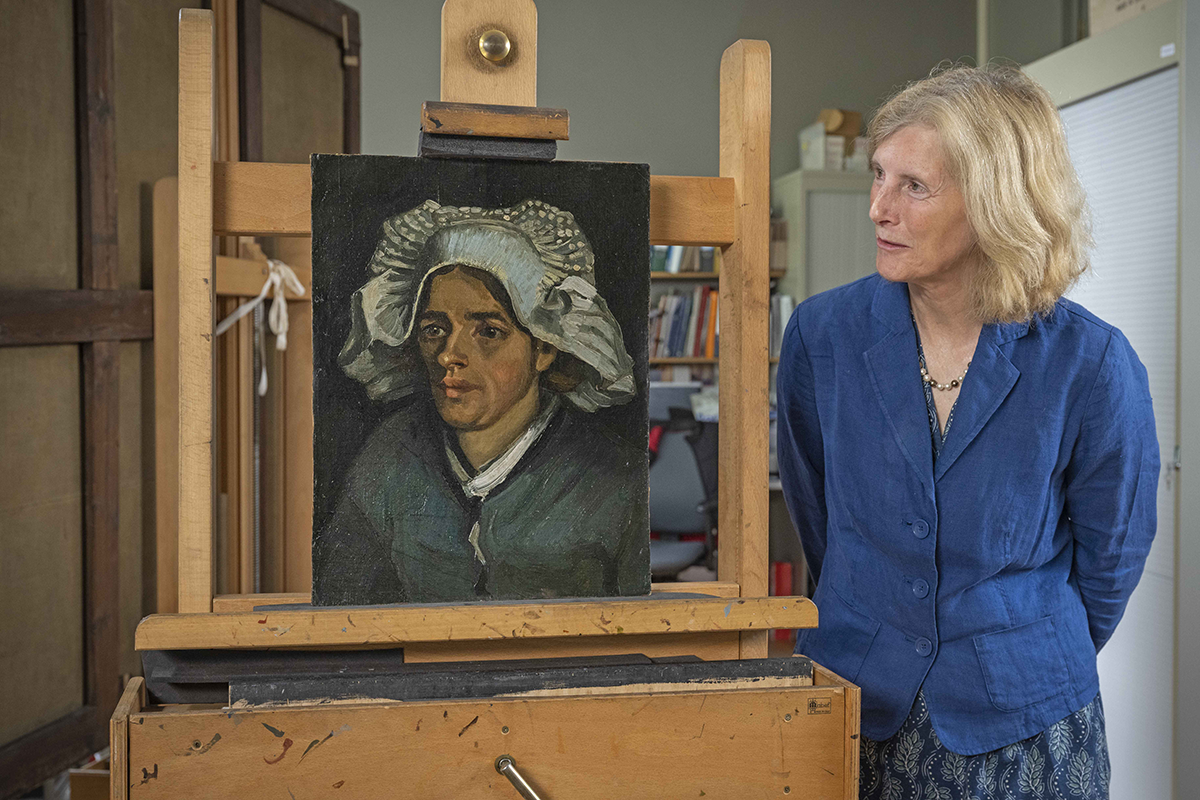 The condition of the underlying self-portrait is not known but, if it can be uncovered, it is expected to help shed new light on this enigmatic and beguiling artist. The hidden painting is likely to have been made during a key moment in Van Gogh’s career, when he was exposed to the work of the French impressionists after moving to Paris in 1886. The experience had a profound effect and was a major influence on why he adopted a more colourful and expressive style of painting – one that is so much admired today. 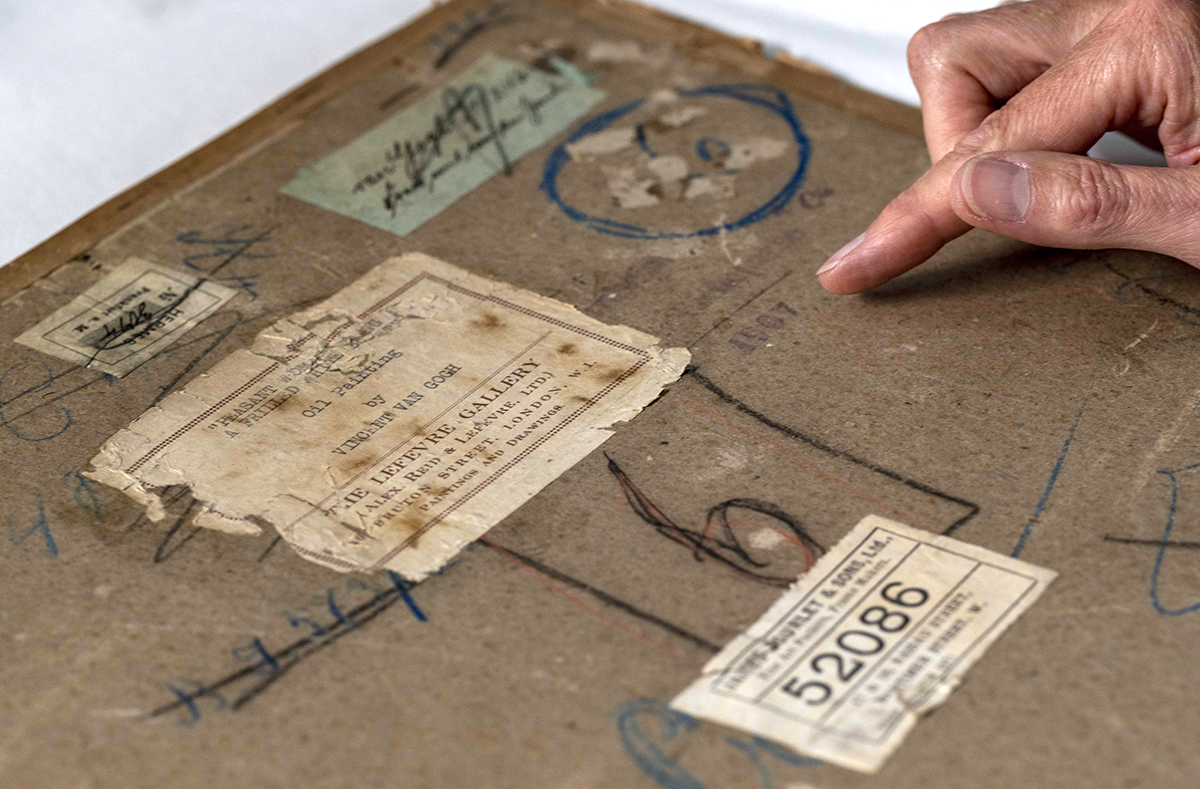 Back of Head of a Peasant Woman detail. Photograph by Neil Hanna

Visitors will be able to see the x-ray image for the first time through a specially crafted lightbox when it goes on display as part of A Taste for Impressionism exhibition, which runs from 30 July to 13 November, at the Royal Scottish Academy, Edinburgh.