Pushing the origins of pedal power 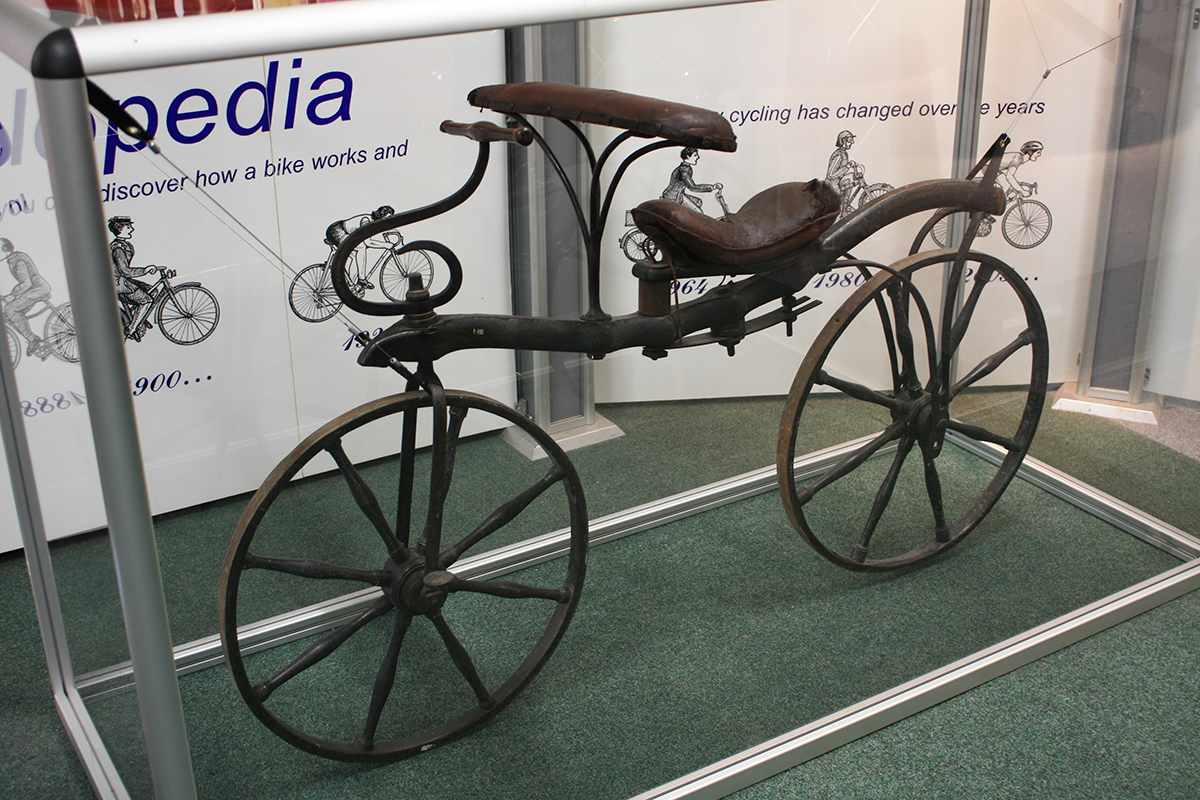 Pushing the origins of pedal power

Cyclists encouraged to help celebrate the birth of Kirkpatrick Macmillan, the Scottish blacksmith who pioneered the way for the invention of the bicycle.

It has been called the world’s finest mode of transport, the greatest invention of all time, the most civilised conveyance on earth and a big part of the future of humanity yet few people know or remember the Scot credited with its creation.

Kirkpatrick Macmillan, the son of a blacksmith from Keir in Dumfries and Galloway, was born 210 years ago this month on 2nd September 1812. He is said to have been inspired after seeing a hobby horse being ridden along a road close to where he lived sometime in the late 1830s.

The hobby horse was a two fixed-wheeled contraption connected by a wooden frame on which the rider sat astride with his feet on the ground to push himself forward. It was all the rage among wealthy gentlemen of the early 19th century.

As a humble blacksmith Macmillan knew he could never afford to buy a hobby horse like the ones the gentry used so decided to make his own. Almost as soon as he had completed the task he quickly realised that if he could propel his machine without having to put his feet on the ground it would be a radical improvement. 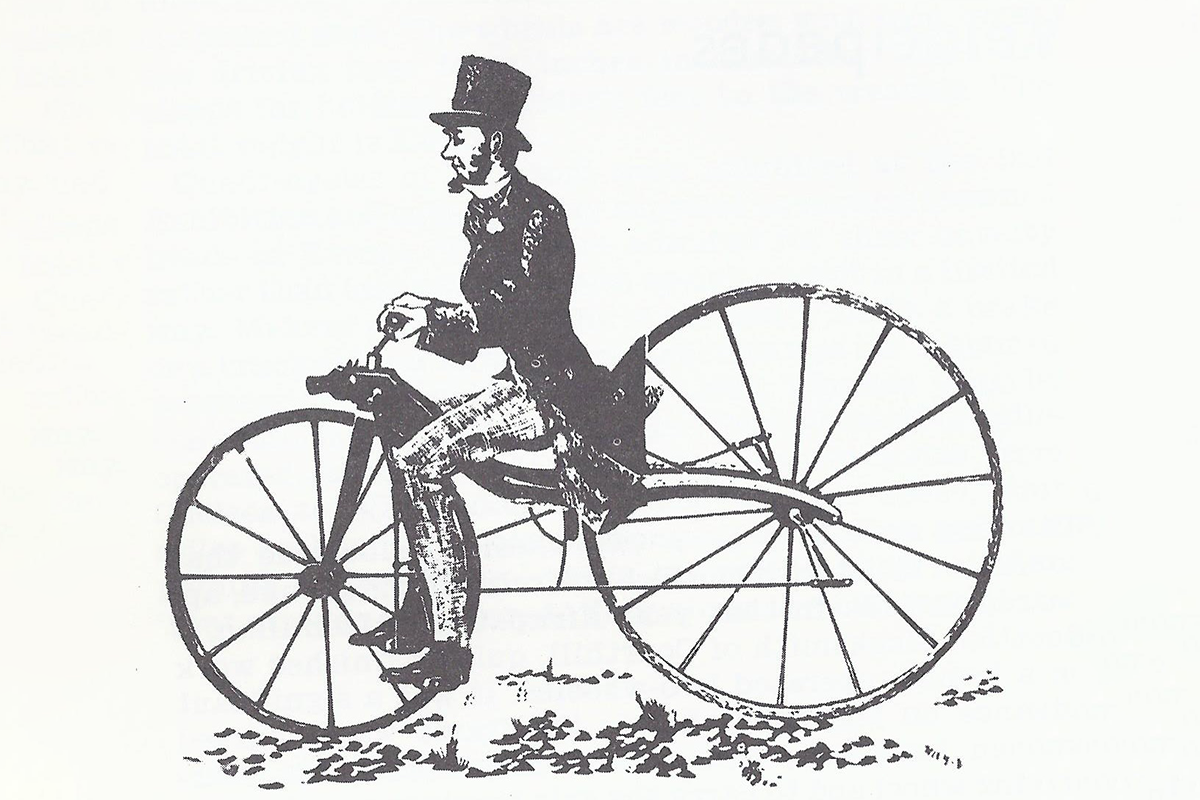 It took some time to devise the mechanism but by the end of 1839 Macmillan had invented the world’s first pedal powered bicycle. Unlike today’s design his early model was made of wood with iron-rimmed wheels. The steerable front wheel was slightly smaller than the rear one which was connected to pedals via connecting rods.

The prototype must have been very heavy and physically taxing to use but once he got the hang of it Macmillan became a frequent sight riding around the rough roads of Dumfries. It is reported he could complete the 14-mile journey from Keir to Dumfries in less than an hour. Considering most people walking, or riding on a horse at a relaxed pace, would take at least four hours to make such a journey this was a massive improvement on travel times of the day. 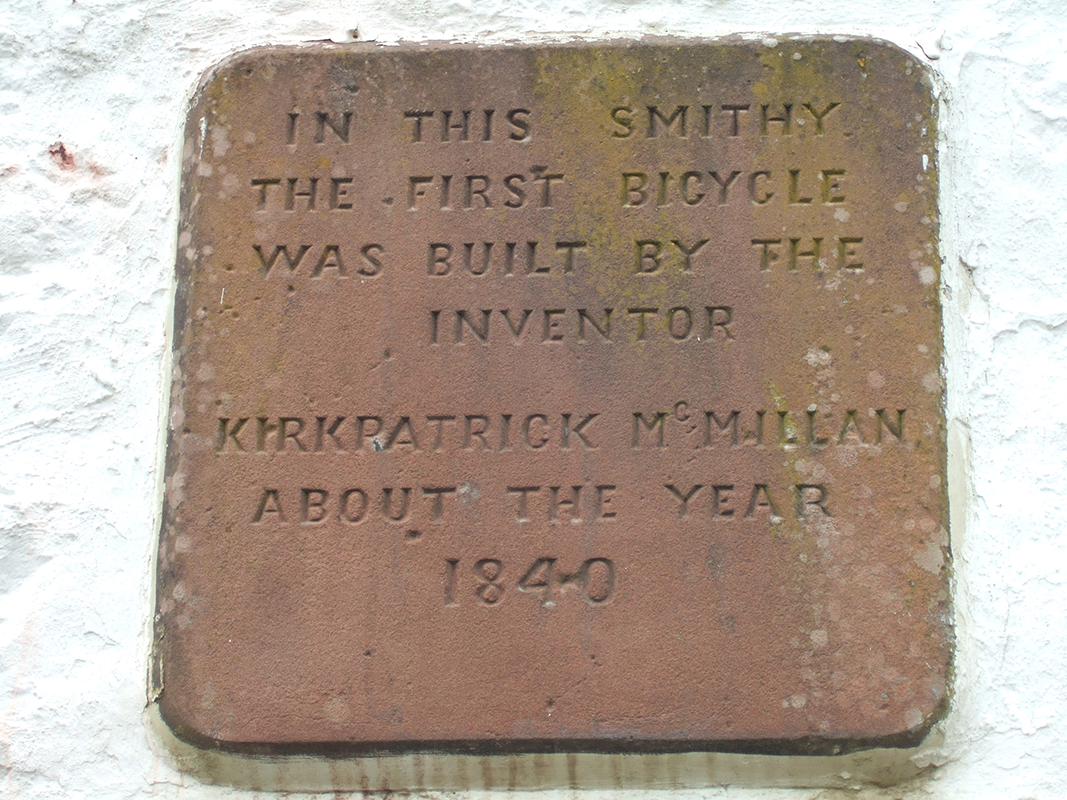 Commemorative inscription on the smithy where MacMillan worked. Photo by George McDermid

Macmillan is also said to have completed a 68-mile trip to Glasgow in 1642 which took two days. There is a popular story that on his way to Scotland’s largest city he was involved in an accident when a young girl ran out into his path and suffered minor injuries. A newspaper report of the incident described a ‘gentleman from Dumfries-shire bestride a velocipede of ingenious design’ knocking over a pedestrian in the Gorbals area of Glasgow and being fined five shillings.

Another local story says Macmillan’s niece, Mary Marchbank, had an illicit ride on his machine. This would have been regarded as an unseemly activity for a young lady of the time, possibly even bordering on scandalous, but it means Scotland can possibly claim another trailblazing distinction - the world’s first female cyclist.

Macmillan never patented his invention and appeared unconcerned by all the fuss. He much preferred a quiet country life and died in near obscurity on 26 January 1878. 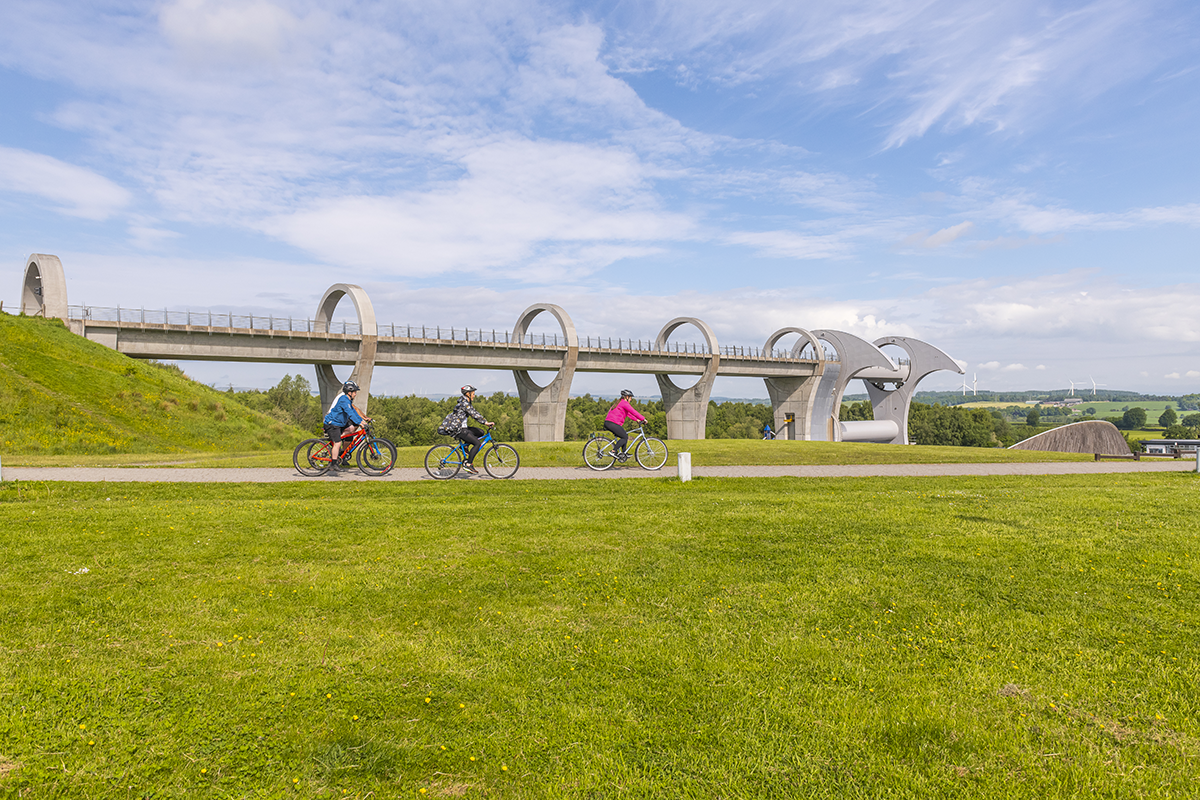 HArTT Cycle Route is created out of a staggering 500km of cycleway, this 16 mile circular route begins at The Helix. Photo VisitScotland / Luigi Di Pasquale

Although pedal power has evolved enormously over the last 210 years, so that today’s bicycles bear only a passing resemblance to Macmillan’s prototype, there is little doubt he helped lead the way.

According to the World Economic Forum there are estimated to be more than 2billion bicycles in the world currently, a figure that is expected to reach over 5billion by 2050 as more people appreciate the environmental, health and economic benefits of cycling.

Already the global market for bicycles is projected to grow to $34.6 billion by 2027, and that doesn’t even begin to include the many millions of pounds made from cycle tourism, events and accessories.

Scotland, which has around 2,000 miles of dedicated cycle routes, benefits to the tune of more than £239m a year from bicycle related tourism yet there is relatively little to commemorate the man who helped make it all possible. 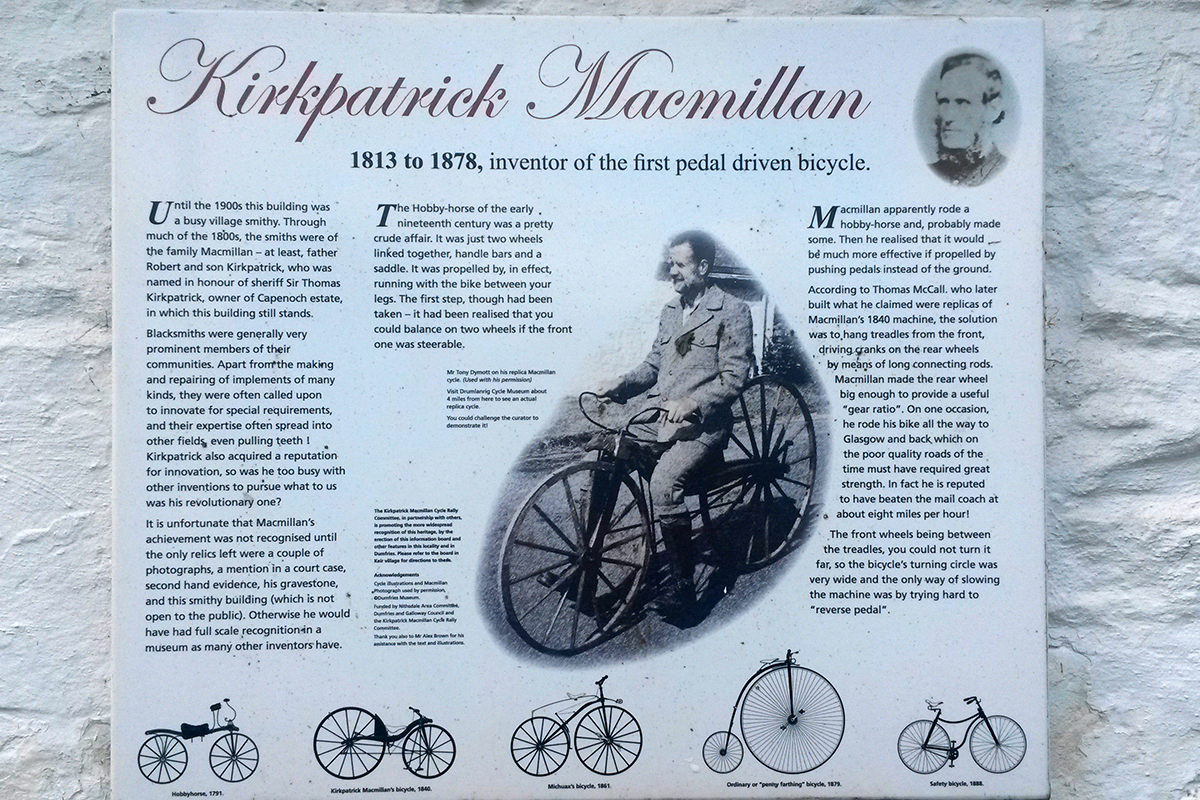 There is a small plaque on the wall of Courthill Smithy, his former home in Keir, and a humble tombstone in the local parish church to mark his final resting place but nothing else. 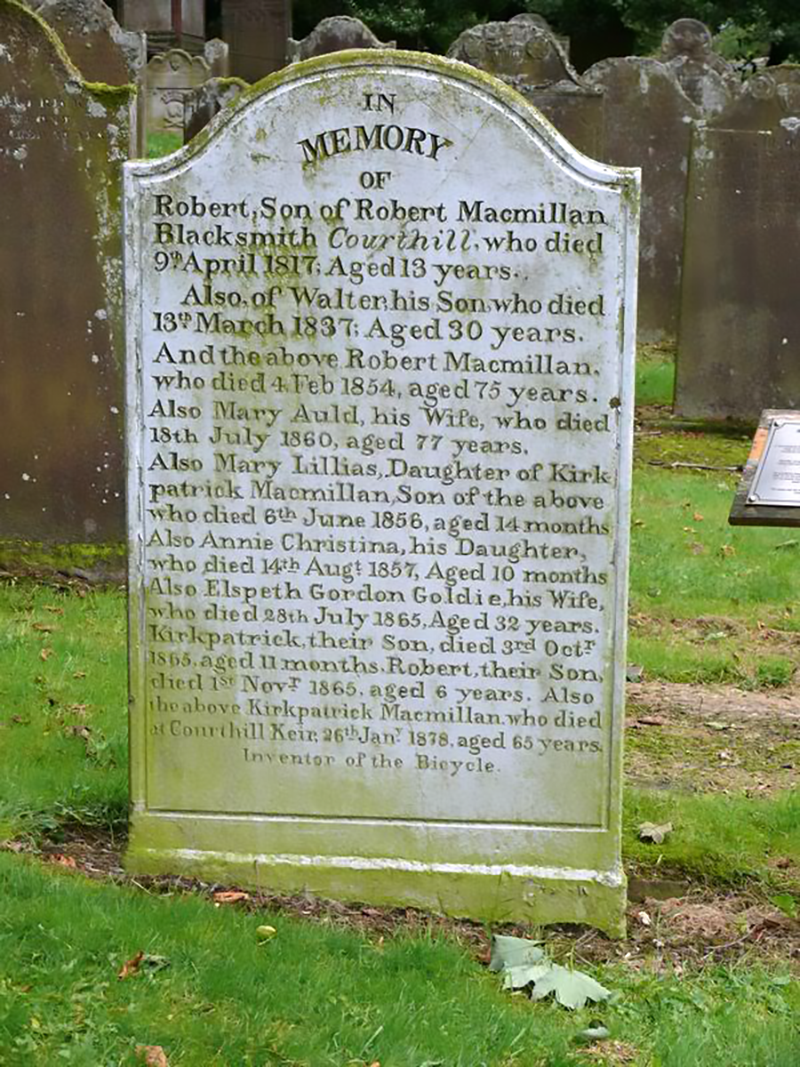 Until the Covid pandemic the local community used to organise an annual Kirkpatrick Macmillan Cycle Rally. The family friendly event involves an 11-mile loop from nearby Drumlanrig Castle which passes by the place Macmillan invented the pedal bike and the graveyard where he is buried.

Unfortunately the event had to be cancelled in recent years although plans are being made to bring it back, bigger and better in 2023. 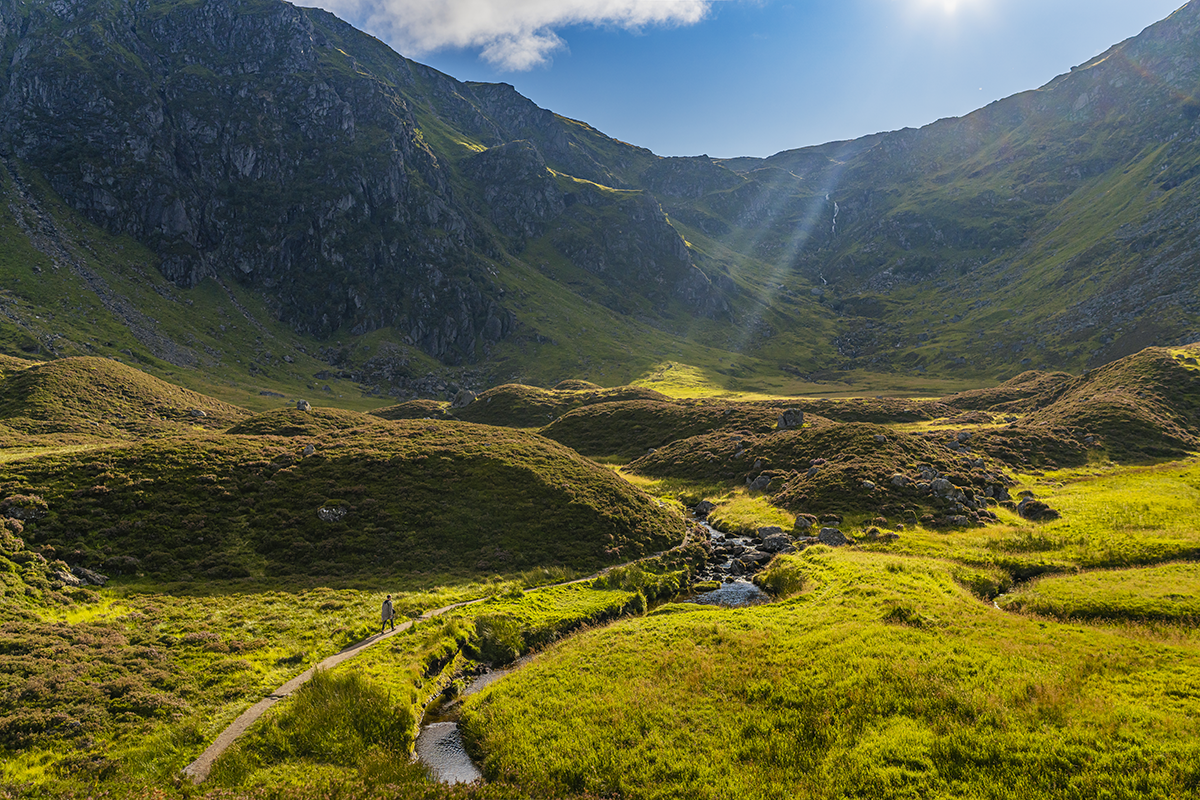 The first KM Rally coincided with an international veteran cycle rally held at Drumlanrig Castle in 1990 to mark 150 years since Kirkpatrick invented his pedal powered machine. It was such a success that local volunteers decide to stage a regular event, every two years at first until its popularity became such that it became an annual occasion. It now attracts enthusiasts from around the UK who gather to cycle the local byways followed by a dinner and dance in the Keir village hall.

“We want to keep the memory of Kirkpatrick Macmillan alive and encourage more people to come and explore Scotland in general, and Dumfries in particular, by bicycle,” said George.