The Scot who changed road building around the world 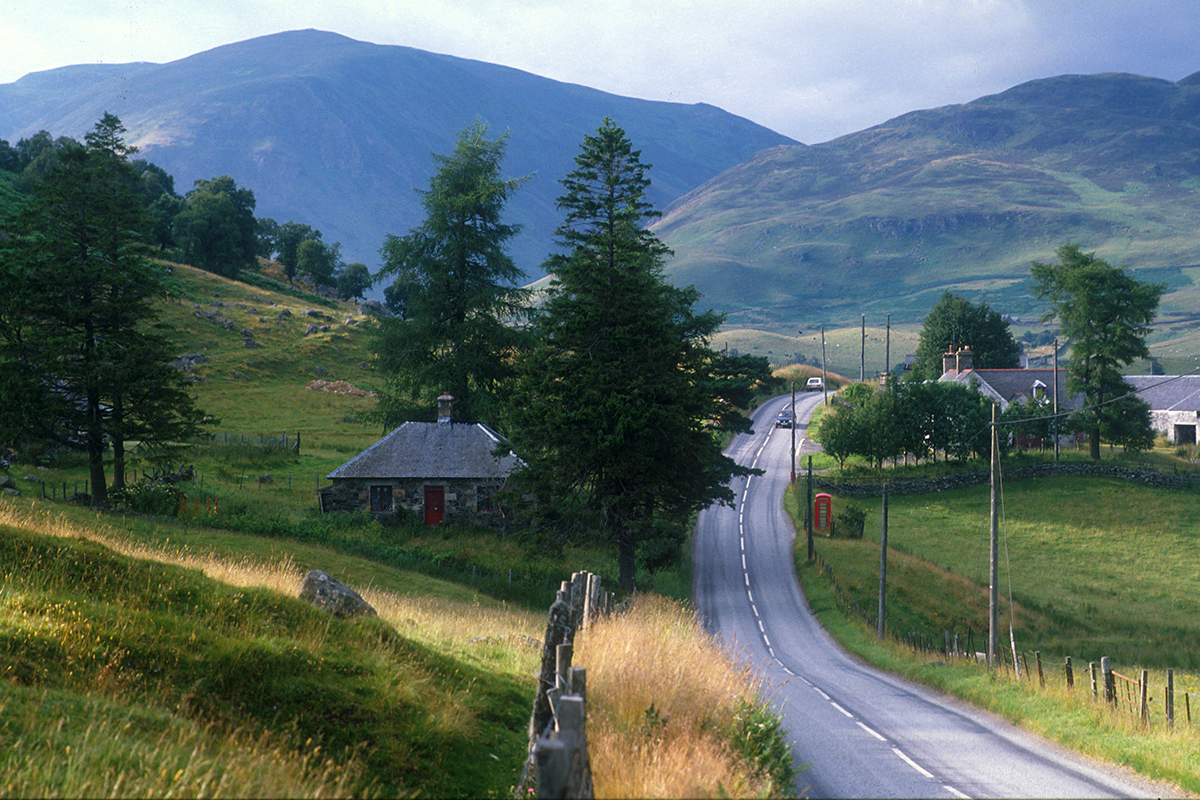 The Scot who changed road building around the world

Time to celebrate John Loudon McAdam, the Scot who changed the way roads are built around the world.

Forget Rome, all roads lead to Scotland - or at least to a Scotsman. John Loudon McAdam is hardly a household name but he should be, because he almost single-handedly changed the way roads were built around the world.

The man who made the biggest contribution to highway construction since the Romans was born on 23 September 1756 in Ayr.

The youngest of 10 children he was the second son of James McAdam, the Baron of Waterhead and Susanna Cochrane, a niece of the 7th Earl of Dundonald. The McAdam family were originally McGregors but changed their name for political reasons during the reign of James VI. 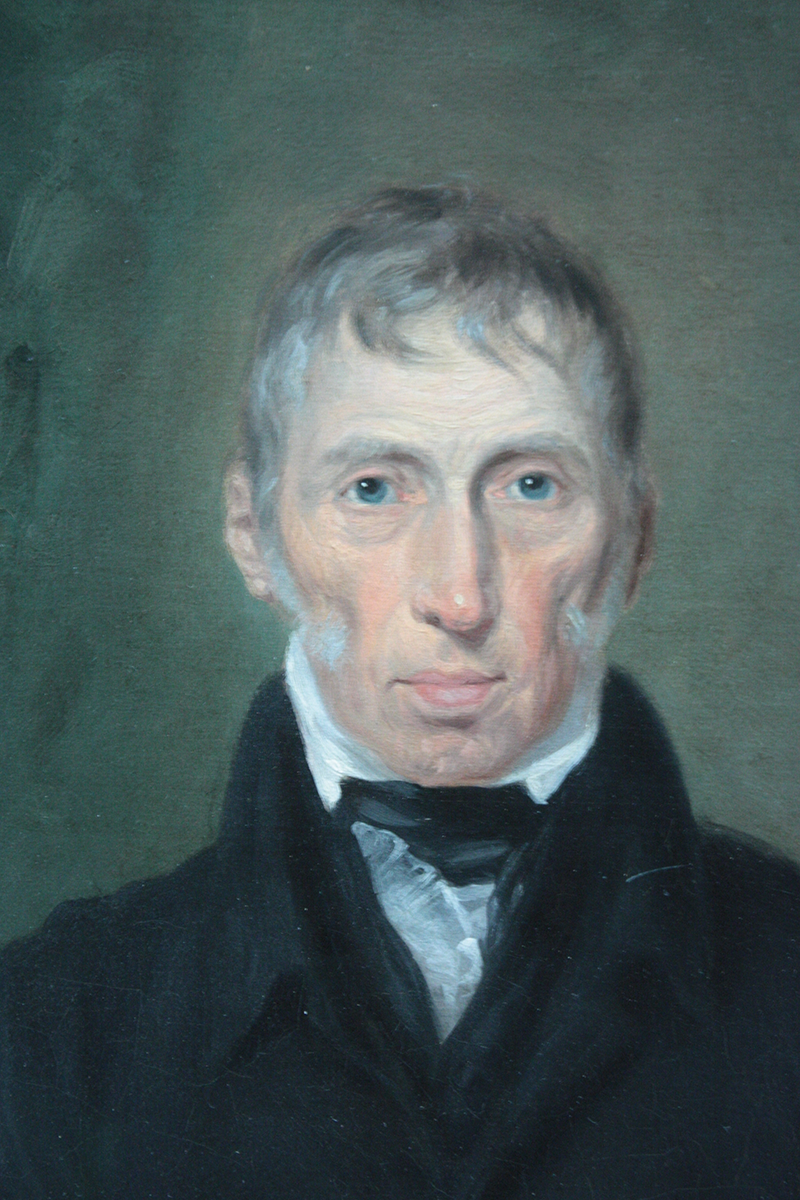 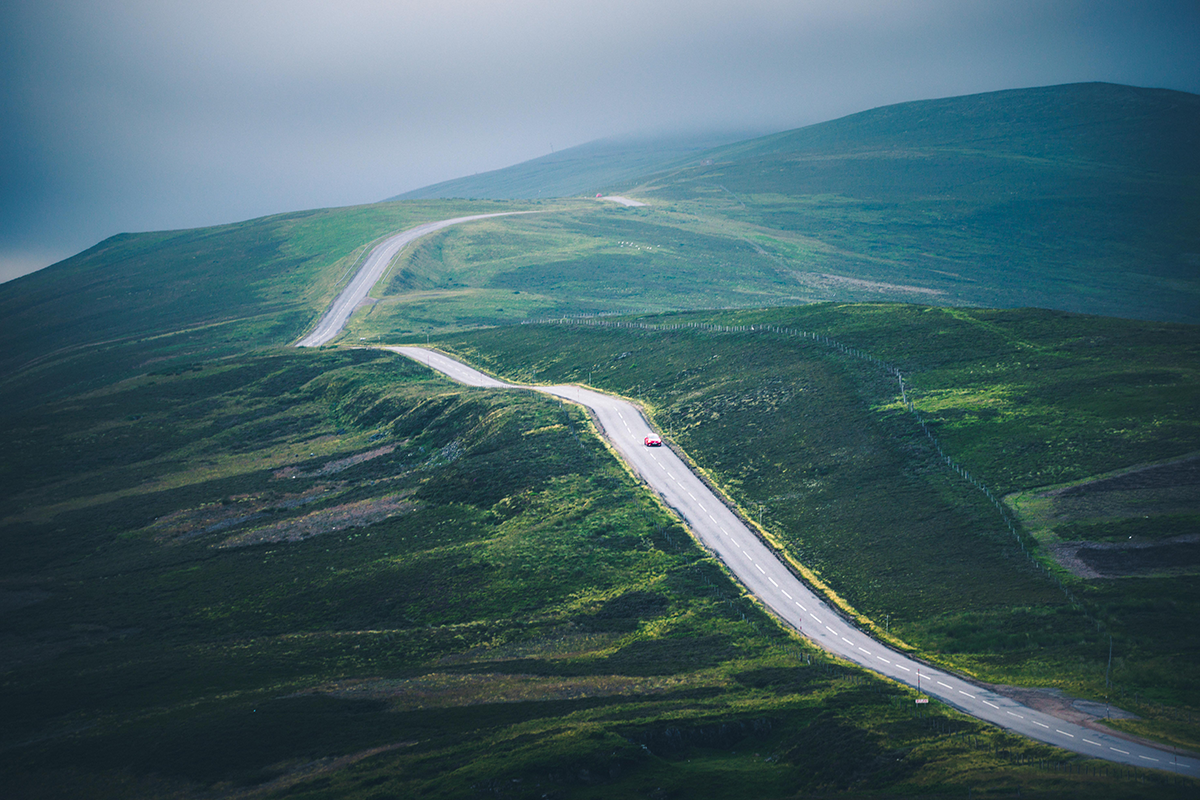 He made his first fortune in the USA, after moving to New York aged 14 in 1770 and working as a merchant for his uncle William. He returned to Scotland in 1783, having chosen the wrong side to support in the Revolutionary War, where he bought an estate near Maybole in Ayrshire.

An astute businessman he got involved with the nearby Kaims Colliery supplying coal to the British Tar Company, the local ironworks at Murikirk and became a trustee of the Ayrshire Turnpike, leading to his interest in road construction.

McAdam became convinced of the need to create roads above the surrounding ground using a system of layered rocks, crushed stone and gravel. He deliberately built each one as level as possible, with a slight camber to allow rain to run off into ditches on either side rather than let the water penetrate and damage the foundations. It proved to be the biggest advance in road construction since Roman times and quickly became known as macadamisation. 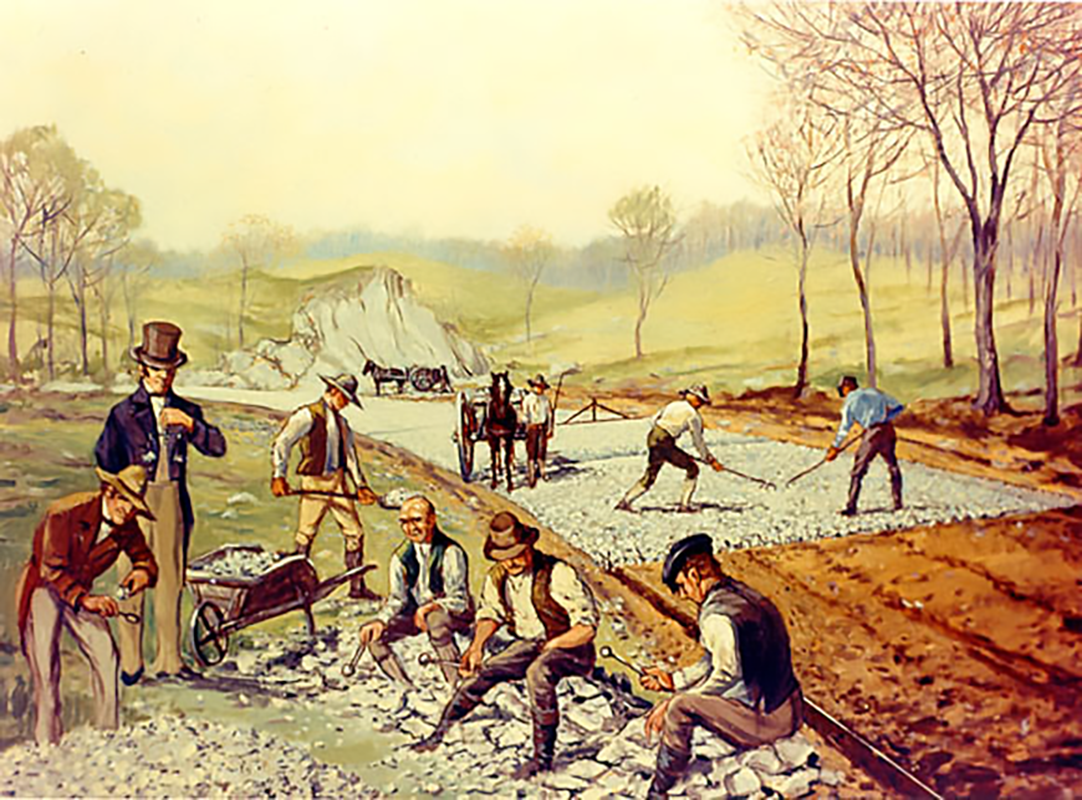 Construction of a macadam road, "Boonsborough Turnpike Road" between Hagerstown and Boonsboro, Maryland, 1823. Inspired by the work of John Loudon McAdam. (Painting by Carl Rakeman PD

The macadam process was simple, cost-effective and so successful it was copied around the world with most of the main roads in Europe rebuilt to his specifications by the end of the 19th century. The National Road in the USA, competed in 1834, was one of the first McAdam highways built in North America. 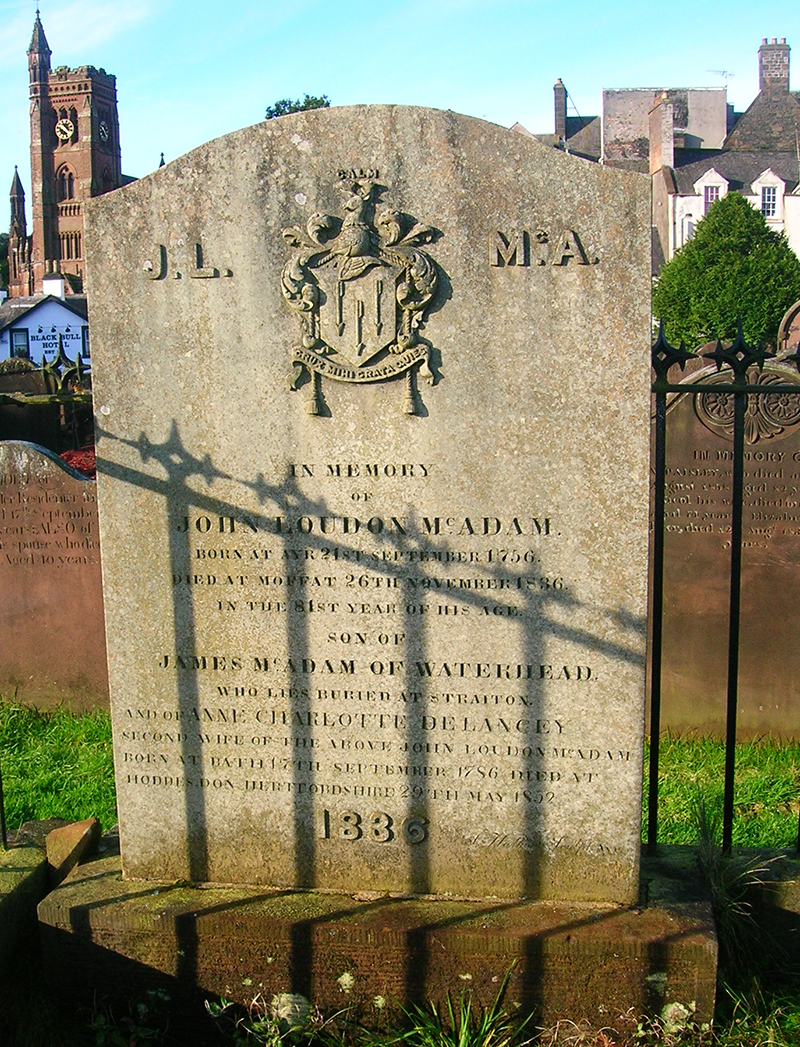 McAdam died on 26 November 1836 in Moffat, Dumfriesshire and is buried in the town’s old cemetery.

Admittedly, there have been numerous advances and changes to the way roads have been built since, especially following the advent of motor vehicles, but the basic principles he introduced are still used today. Indeed, there is little doubt that without his contribution to civil engineering the world might look a little different. 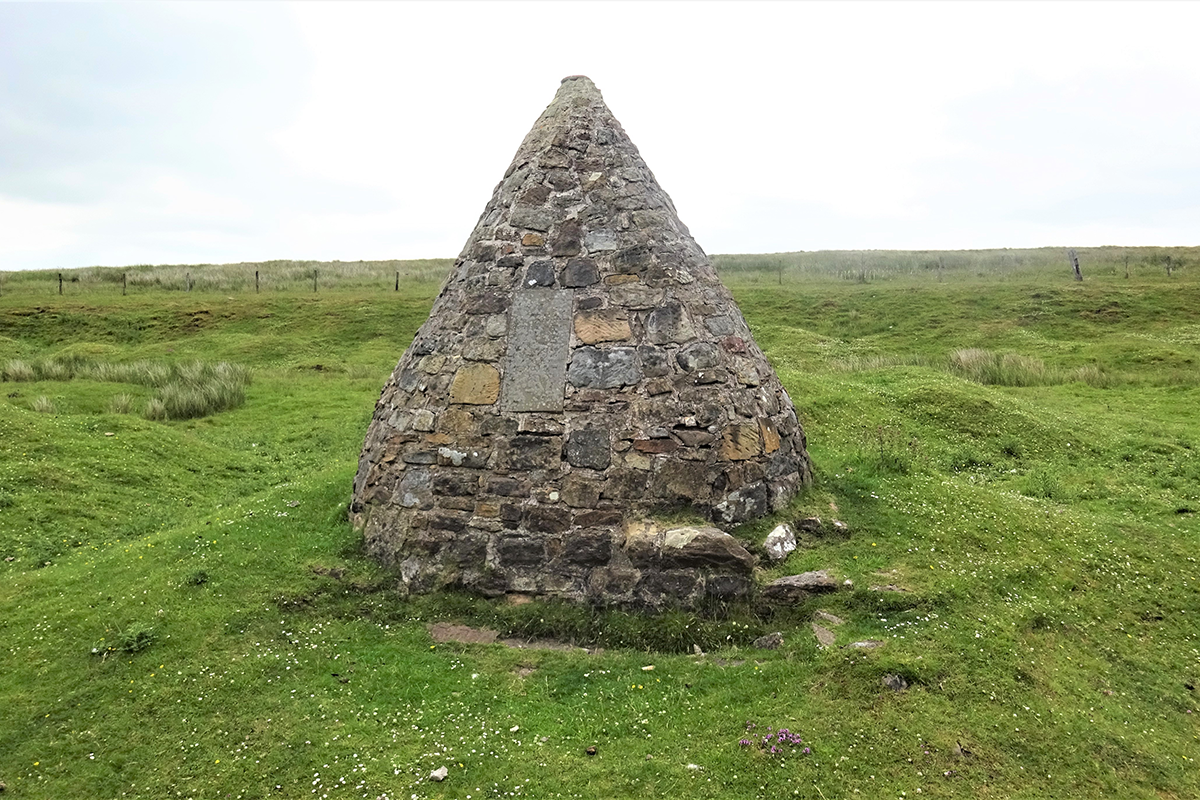 Although John Loudon McAdam changed the world and his name is enshrined in almost every language there are only a handful of memorials to his life and legacy. There is a statue in Bristol, England where he lived for a time, a cairn with a plaque in Muirkirk and a memorial engraving on the walls of the parish church in Carsphairn near to where he was brought up.

“There is a plaque to John Loudon McAdam in Carsphairn Church and  the back of the church there is the McAdam mausoleum,” said Rev David Bartholomew, who was parish minister of Carsphairn for many years until he recently retired. 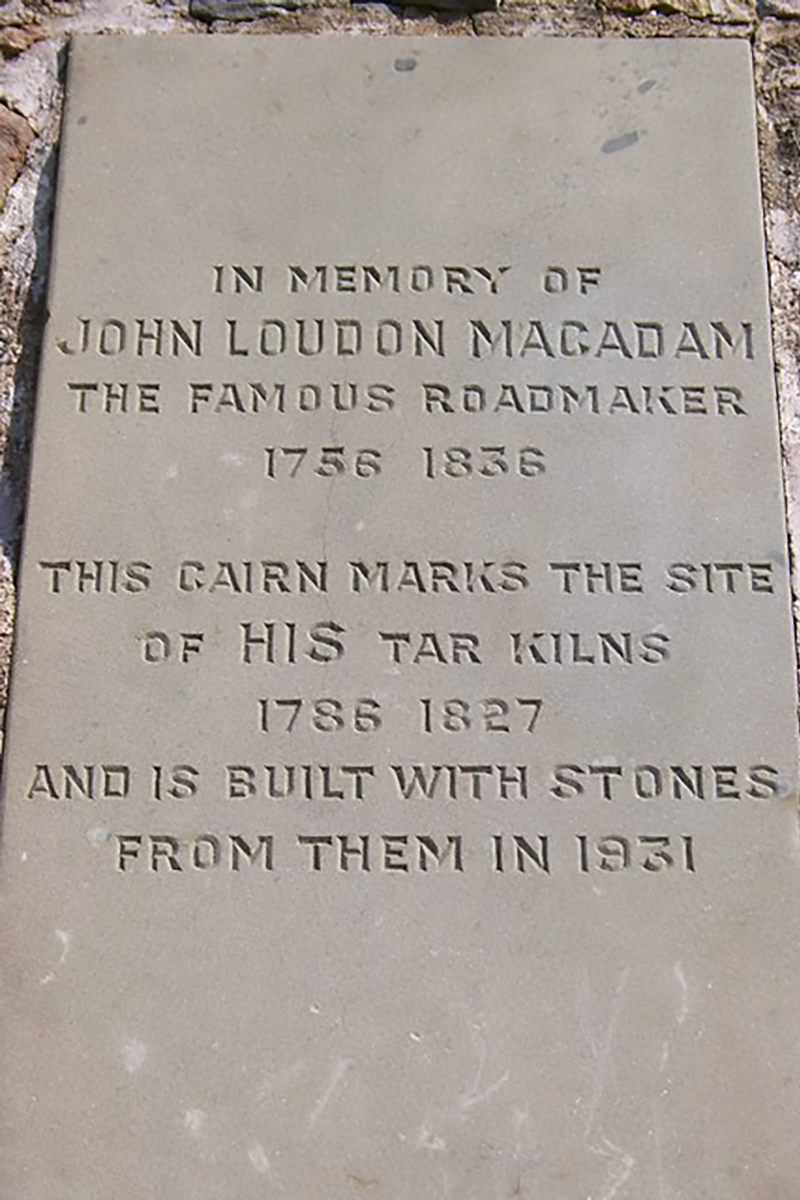 Elliott Simpson / The plaque on the MacAdam Cairn / CC BY-SA 2.0 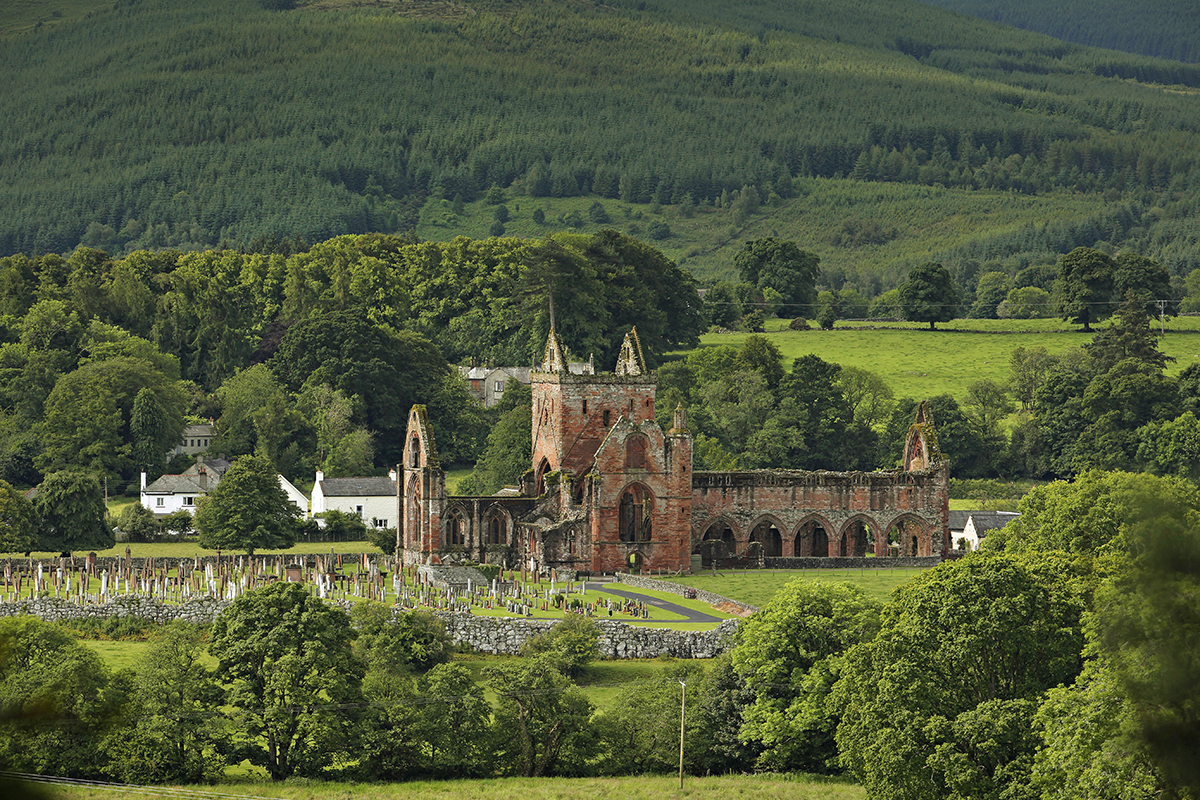 John Loudon McAdam is mentioned in an inscription over the entrance to the mausoleum. It says: “Burial place of the McAdams of Waterhead, ancestors of John Loudon McAdam who invented the system of road making now generally adopted and known by his name. Gilbert McAdam and his son James brother-in-law and nephew of Roger Dun being blessed martyrs were buried here. The former was shot by King’s troops near Kirkmichael village 1685.”

Both Gilbert McAdam and Roger Dunn were Covenanter martyrs. Roger Dunn is buried near the entrance gate to Carsphairn churchyard,” said Rev. Bartholomew.

However, considering Scotland benefits from many millions of pounds every year from tourists navigating the country’s numerous driving routes, which in some way or other owe a debt to McAdam, should more be done to celebrate his legacy? 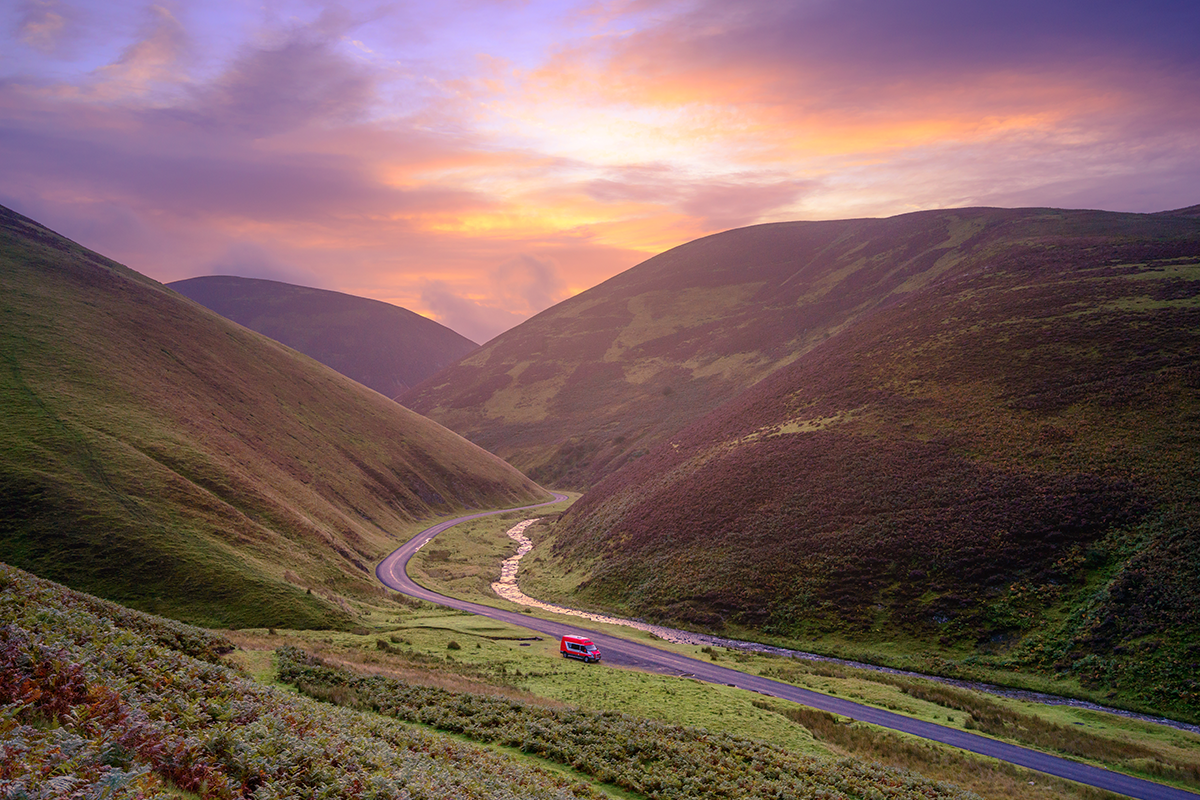 Scotland has some 34,000 miles of roads (about 55,000km) of which around half are unclassified, meaning they are minor roads, providing a variety of experiences from coastal routes and Highland passes to country lanes and rural byways.

Numerous dedicated routes, from the North Coast 500 around the top of Scotland to the Borders Historic Route taking in the splendour of the lowlands, have become major attractions for visitors touring the country by car, caravan or motorhome.

In addition to the main tourist routes numerous other local and national road trips have been devised by tourism organisations, marketing agencies and even private companies keen to make the most of Scotland’s scenery. 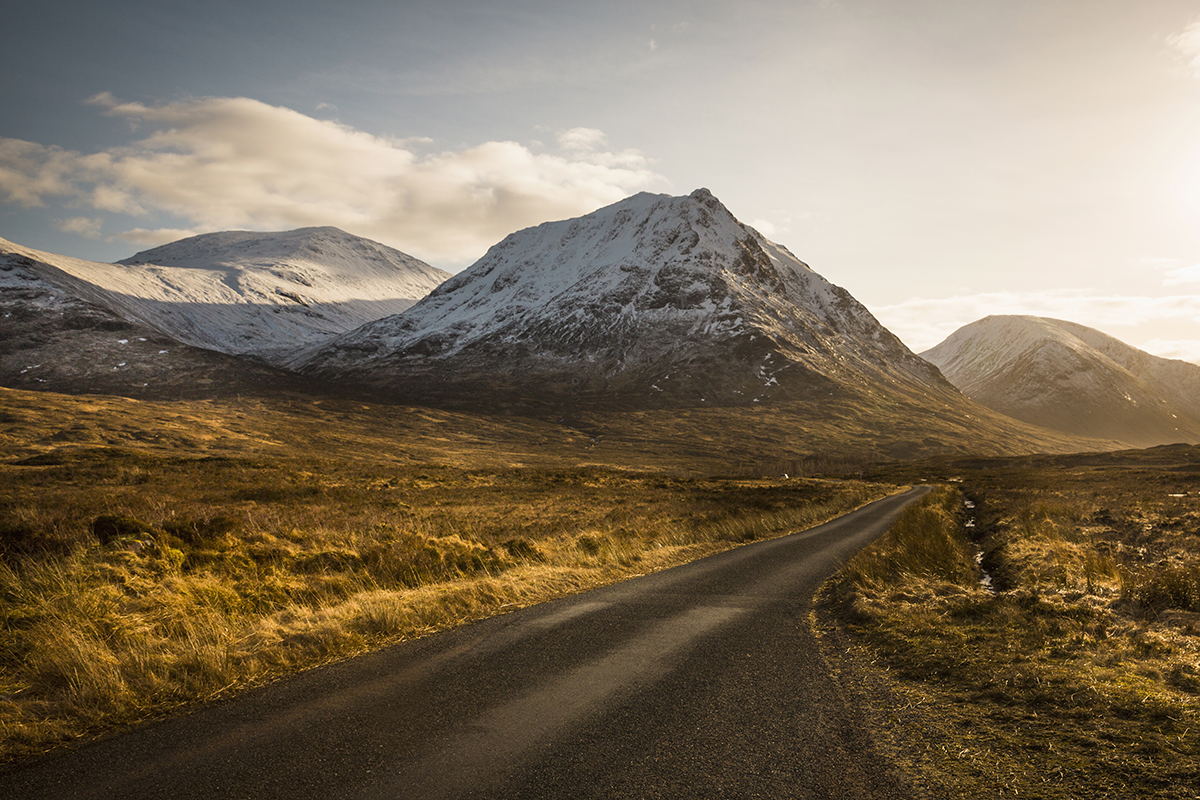 Macklin Motors, is one such company. The national car dealership recently devised a family road trip aimed at Harry Potter fans to promote the beauty of driving Scotland’s scenic routes.

The company identified eight iconic locations used in the filming of the blockbuster movies and combined them in a single trip that takes less than eight hours to drive. 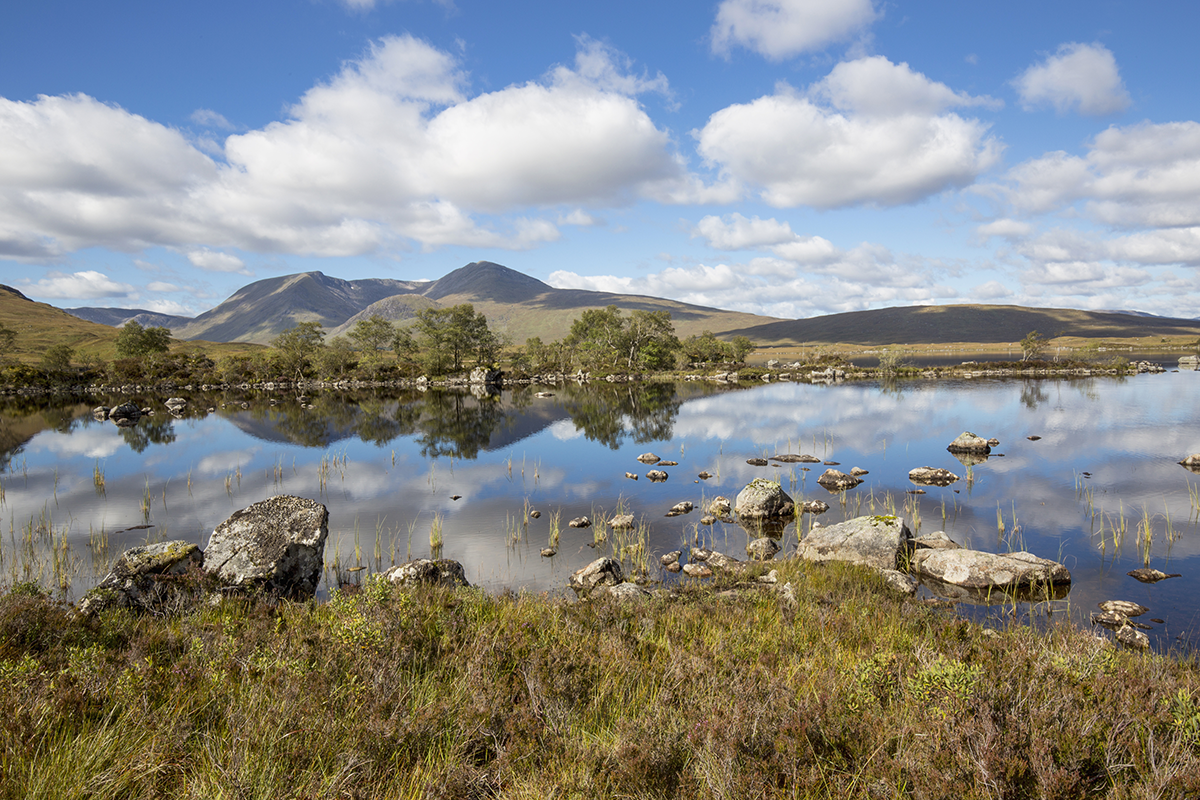 The journey starts in Glen Etive, before driving just over half an hour to Rannoch Moor, both of which featured in the Deathly Hallows.

The next stop is Steall Falls, the second highest waterfall in Great Britain and a popular beauty spot that made an appearance in the Goblet of Fire.

Just 40 minutes further and drivers will find the most iconic Harry Potter filming location in Scotland - the Glenfinnan Viaduct. Potterheads will certainly recognise this stunning railway viaduct from the Chamber of Secrets’ unforgettable flying car sequence. 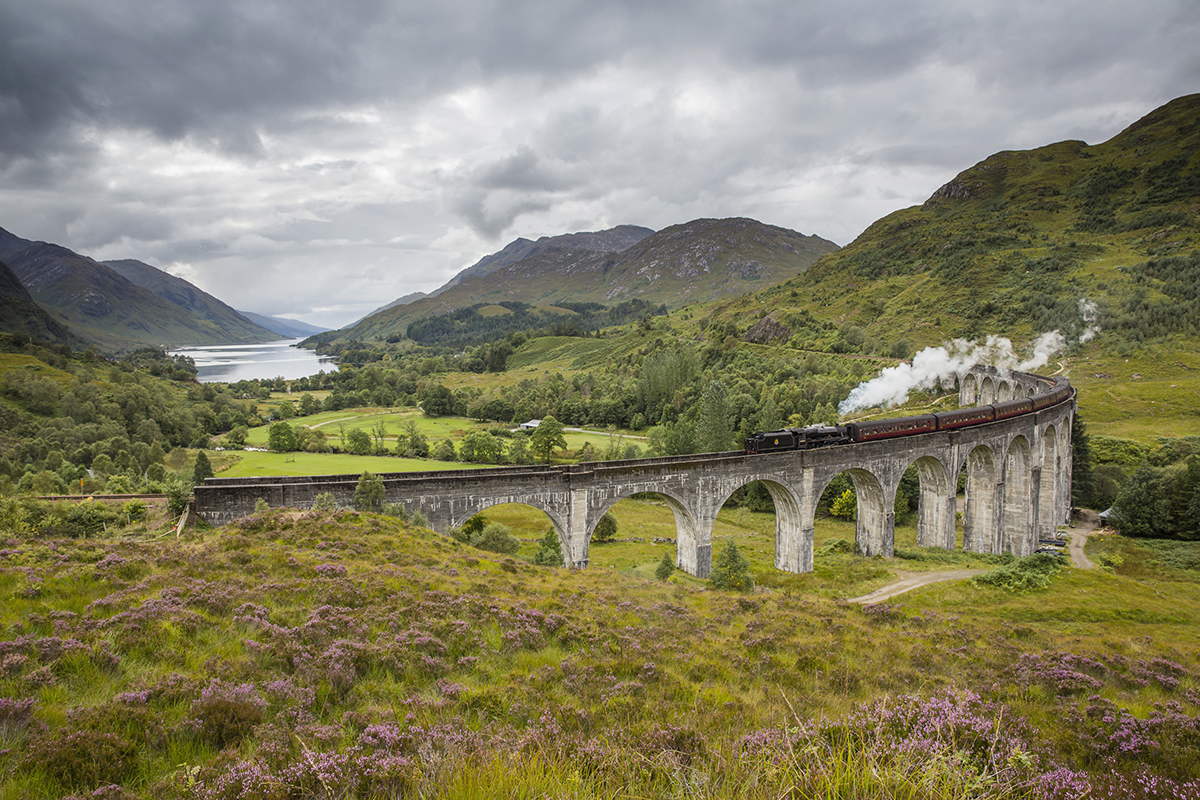 The penultimate stop on the road trip route is Loch Morar, which doubled as Hogwarts Lake from the Prisoner of Azkaban. Then, a long drive across the Scottish Highlands will reveal the very last filming location on the map: Black Rock Gorge. This stoic cavern featured in the Goblet of Fire, taking centre stage during the Triwizard Tournament. 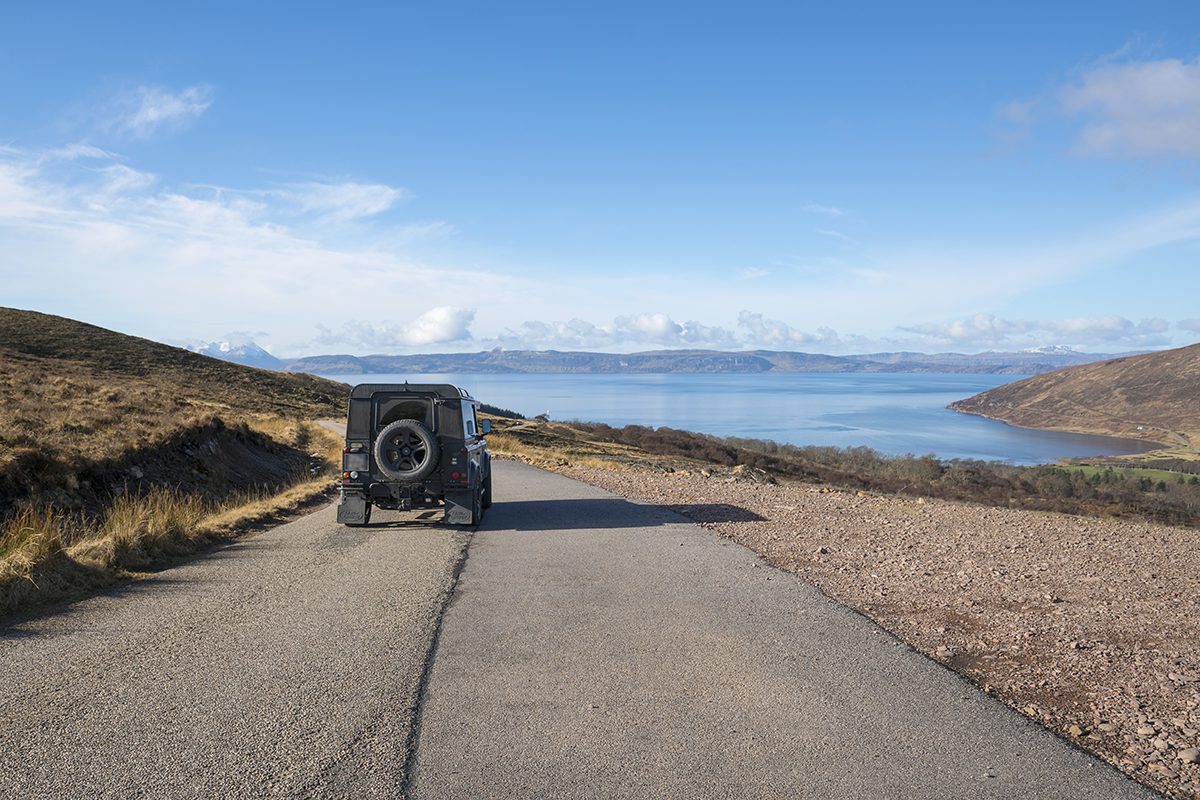 “Finding the perfect holiday destination for the entire family is always a tricky task. With our Harry Potter road trip, we want to provide the best of both worlds for kids and parents alike, touring beautiful Highland hotspots with a magical twist. Plus, at just under eight hours in total, drivers can complete this road trip in a day or take their time with it throughout their holiday in Scotland.”

Maybe all those who come to Scotland on a driving holiday should be encouraged to imagine, just for a moment or two, just how different things might have been were it not for the genius of John Loudon McAdam.